Diary of An Unschooling Family, Day 3

Some days it feels like we don’t do much at all. I feel like I need one of those days. We have been on the go for what seems like aaaaaages and I’m tired.

Today Louis did one of his favourite things – he went to work with Ron. So Joss and I hung out together – by this I mean she listened to me swear as I tried to put up the black board all by myself because I’m quite stubborn and once I set my mind on something I do it. I got glue everywhere, put it up slightly to the left, had to unscrew it, move it to the right, re-glue it – dropped glue all over the floor, scooped it up with my fingers, caught the black board with said fingers, screamed at Joss to get me a roll of toilet paper…. And then, at last, it was up. 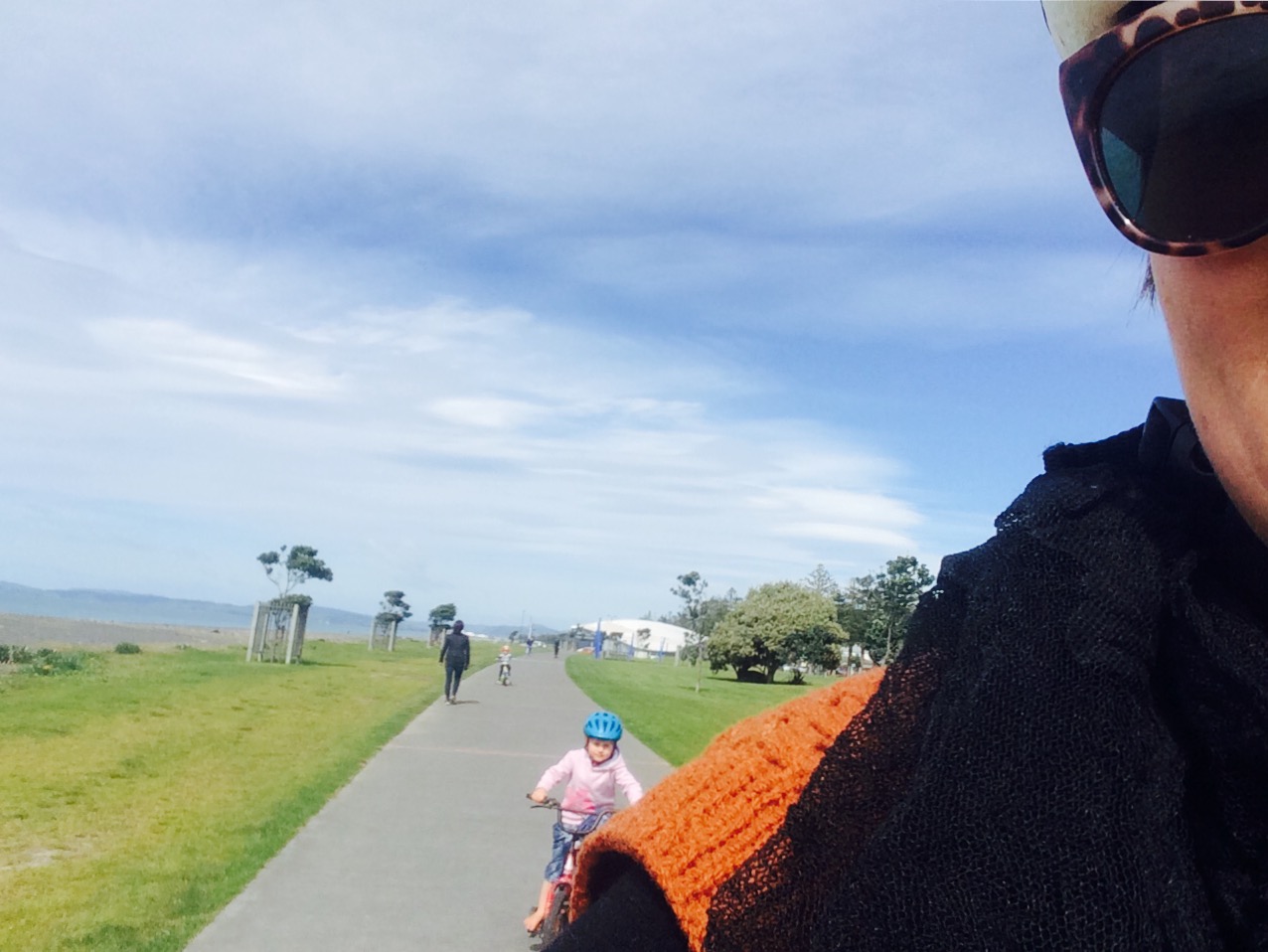 Highest on Joss’s priority list was going to get an ice cream. And for some reason, we HAD to go on our bikes. I believe this is the first time she’s biked farther than the end of our street. I was not that convinced that we’d make it there and back… but we did. We stopped half way and gave Isa a swim, buried each other in the stones on the beach, and then charged home with no “My Legs Are Tired!!” dramas.

When we got back Ron and Louis were home already and had cooked lunch (Yes!!) and after that Ron and the kids were off to swimming. Swimming for us means the kids get to splash around in the water for two hours. I love our learn-to-swim story, it’s such a great illustration of natural learning, but remind me to tell you that one another time…

I was super productive while they were away: I ate chocolate, drank tea, put two coats of paint on the final window for the lego-room, and drew lines all over the laundry where I think the sliding doors will go.

While they were out the kids and Ron picked up our raw milk from the lovely people at JJ’s Organics, and Isa’s dog food from the pet store.

When they got back Louis and Ron made a birthday present for a friend of ours. It involved ply-wood, planning, a circular saw and a sander. They’re half-way there. Joss and I blobbed out – me in the bed to have a nap and she on the couch to watch more Kratt Brothers. There can’t be much that girl doesn’t know about spider monkeys.

I couldn’t summon the energy to cook dinner, so we ordered in Indian 🙂 And now, each with a very full tummy, we’re winding down for the night. Ron does rough and tumble with the kids for five-ish minutes, they read bed time stories, and then they talk about life before drifting off to sleep. Eventually, they’ll look something like this:

PS, I’ve been challenged to write 10 blog posts in 10 days, which is what’s brought this on!! I would love to know what you think of them – comments are more than welcome.